Kevin Schmidt has served as SPP’s Partner and Vice President of Government Relations for the past 9 years. In his 20 years around the Ohio Statehouse, Kevin has served in various capacities giving him unique insights into the workings of Ohio’s statehouse and administrative agencies.

Prior to his role at SPP, Kevin was a lead Ohio Statehouse lobbyist for the Ohio Manufacturers’ Association. In that role, he represented all types of manufacturing on energy, environmental, and healthcare matters. Kevin also served as legislative liaison for the Ohio Department of Commerce overseeing the entire agency’s administrative rule development and in the offices of Ohio Governor Bob Taft and Ohio House Majority Whip Jon Peterson.

Kevin is a graduate of Duke University with a B.A. in Public Policy Studies and Capital University with a Juris Doctor. Kevin resides in Gahanna, Ohio with his wife and three kids, is active in his local parish and the Knights of Columbus, and serves as chairman of the Ohio Bar Association’s Criminal Justice committee. 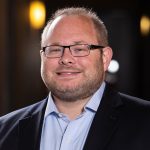 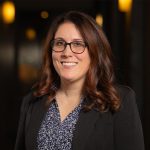