Judd Templin is Vice President of Public Affairs and Communications at SPP. With over a decade of experience in public affairs and public relations campaigns, Judd leads the firm’s public affairs department.

Judd’s experience runs the gamut from regional advocacy campaigns to national projects. He has developed and executed campaigns for associations, organizations and businesses ranging from Fortune 500 companies to Ohio-based industries. His work has impacted campaigns in the automotive, energy, technology and gaming industries, among others.  Judd is also a veteran of multiple Ohio statewide ballot issue campaigns.

In addition to his public affairs work, Judd specializes in media relations work for some of the firm’s largest clients.  He is also an accomplished media spokesman, and his media plans have earned clients coverage in Parade Magazine, Chicago Tribune, Associated Press and hundreds of other media outlets across the country.

Judd is a graduate of Ashland University with a B.A. in Political Science and History. 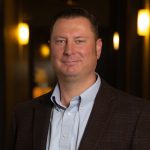 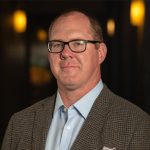