Brandon Lynaugh is a Managing Partner at SPP. He has over 20 years of experience in developing and implementing public affairs, public relations and issue campaign management strategies.

Brandon has developed and overseen successful projects at the state and national level for Fortune 500 companies, national and international public affairs firms and state trade associations.

With a broad range of expertise in public policy, political campaigns and media relations, Brandon offers clients a comprehensive perspective and a proven track record of success.

He is accomplished in managing statewide issue campaigns. Most recently, he served as a general consultant on Ohio’s Yes on Issue 1 campaign, Marsy’s Law for Ohio, which won approval with 82 percent of the vote. This was the highest percentage vote in the last 25 years in Ohio for a state issue and the second-highest of all-time in the Buckeye State. Under his leadership, SPP has won 11 statewide ballot issue campaigns since 2005, as well as numerous local issue campaigns.

Prior to joining SPP, Brandon led media and government relations for an Ohio-based public policy organization. He is also an Ohio legislative staff veteran.

Brandon is a graduate of James Madison College at Michigan State University with a B.A. in Political Theory and Constitutional Democracy. He resides in Grandview Heights with his wife and daughter where he is active in the community including serving as a board member for the Bobcat Boosters and founder and president of the board of the Bobcats Fastpitch Club. In addition, he is president of the board of the 815 Grandview Avenue Condominium Association which oversees the building complex that houses SPP’s offices. 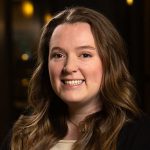 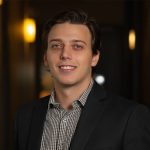